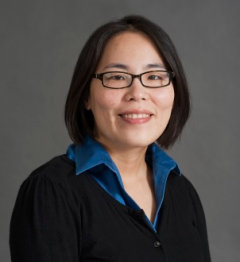 Miryung Kim is an associate professor in the Department of Computer Science at the University of California, Los Angeles. She received her B.S. in Computer Science from Korea Advanced Institute of Science and Technology in 2001 and her M.S. and Ph.D. in Computer Science and Engineering from the University of Washington under the supervision of Dr. David Notkin in 2003 and 2008 respectively. She received an NSF CAREER award in 2011, a Microsoft Software Engineering Innovation Foundation Award in 2011, an IBM Jazz Innovation Award in 2009, a Google Faculty Research Award in 2014, and an Okawa Foundation Research Grant Award in 2015. Between January 2009 and August 2014, she was an assistant professor in the Department of Electrical and Computer Engineering at the University of Texas at Austin. She also spent time as a visiting researcher at the Research in Software Engineering (RiSE) group at Microsoft Research during the summer of 2011 and 2014. She ranked No. 1 among all engineering and science students in KAIST in 2001 and received the Korean Ministry of Education, Science, and Technology Award, the highest honor given to an undergraduate student in Korea in 2001.